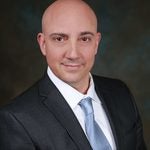 Michael Milazzo is an independent contractor attorney working on behalf of Flatiron Legal Advisors, LLC. Mr. Milazzo focuses on estate planning, civil litigation, intellectual property, probate and government contracting. His extensive experience includes work for a fast-paced litigation law firm that focused on construction defects, commercial litigation, and products liability. His government contracting legal services include bid protests, pleadings, motions, and appeals in support of actions related to federal procurement solicitations and contracts. Michael represented corporate clients before the Government Accountability Office (GAO), the U.S. Court of Federal Claims, and the U.S. Court of Appeals for the Federal Circuit. He was also the Managing Director for a government contractor that specialized in medical and survival equipment.

Michael is a registered patent attorney with the United States Patent and Trademark Office (USPTO). He is an active member in the Colorado Intellectual Property American Inn of Court (CO IP AIC) and the Colorado Bar Association's Intellectual Property Section. As an entrepreneur, Michael developed two companies while simultaneously pursing his legal goals, and now focuses his energies on helping others achieve solutions to various legal issues.

A United States Army combat veteran, Michael served as a reconnaissance paratrooper in a scout/sniper platoon for the 82nd Airborne Division, and is a graduate of the elite U.S. Army Airborne and Ranger Schools.

Thank you for contacting us. We will get back to you shortly.

Please complete all required fields below.

Flatiron Legal Advisors, LLC is committed to answering your questions about Estate, Probate, Divorce, LLC Formation, Estate Administration and Trusts law issues in Boulder and Denver. We offer a free consultation and we'll gladly discuss your case with you at your convenience. Contact us today to schedule an appointment.